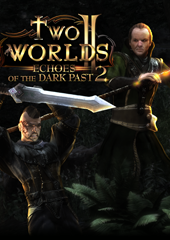 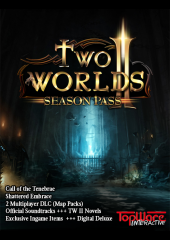 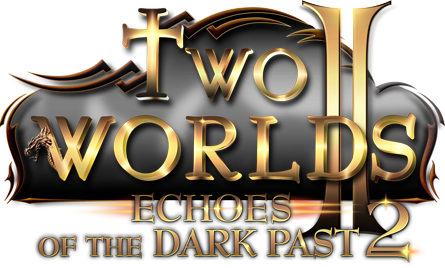 ECHOES OF THE DARK PAST 2

Your Two Worlds II multiplayer adventure continues in "Echoes of the Dark Past 2": Three brand new domains await you, each with two unique paths, for a total of six never-before-seen maps to explore!

Desert Storm: Fight desert demons, hordes of the undead, and a crazed cannibal clan in the biggest Two Worlds II multiplayer map yet! Deep in the desert, a bloody conflict is brewing, and you must choose a side! Join either the Vanderbilt mercenaries or the Veneficus University expedition, each with their own unique quests, and unlock additional multiplayer maps depending on your choice!
The Tenebrae Passage: Join the crooked magician, Mendel, as you scour the old Tenebrae tunnels and clash with the Vanderbilt mercenaries, fighting your way deep underground to an ancient Tenebrae tomb.
The Tenebrae Tunnels: Side with Bernhard, the young nephew of Abraham Vanderbilt and his mercenaries, go to war against Mendel and the Veneficus mages, and help the mercenaries infiltrate the old tomb before the wizards do…
Sanctuary of Sama'El: Help the Veneficus mages fight their way through the Tenebrae tomb, but when they make a final, desperate decision, whose side will you choose?

Sepulchre of Sama'El: Continue your adventure with the Vanderbilts, as you attempt to save the ancient tomb from destruction while facing a powerful ally... or a deadly adversary, depending on your decisions.

Desert Storm: Team Deathmatch: Return to the endless desert and duke it out against other players or desert monsters in the largest Team Deathmatch map in Antaloor's history, four times bigger than any other multiplayer map!